Over the past couple of weeks, Bitcoin’s stagnating price action has provided altcoins with an ideal backdrop to rally against.

This has caused the benchmark cryptocurrency to see a sharp decline in both its trading volume and liquidity.

Now that buyers are stepping up and propelling BTC into the mid-$9,000 region, many altcoins are beginning to drift lower.

Data seems to suggest that bulls are statistically more likely to gain control of Bitcoin’s next trend.

Because open interest has grown significantly during this consolidation phase, there’s also a strong chance that this next movement will cause BTC to “steamroll” in one direction.

Although today’s movement is promising, it is important to note that it has not altered the crypto’s mid-term trend.

Until Bitcoin breaks below $9,000 or above $10,000, it remains caught firmly within a consolidation phase.

That being said, data shows that bouts of consolidation this prolonged are statistically likely to end with a bull-favoring resolution.

One data analyst spoke about this in a recent tweet, offering a scatter point chart showing that bouts of low volatility often favor buyers in the end.

Bitcoin’s aggregated open interest has been seeing significant growth throughout the past few weeks.

One analyst believes that this will make Bitcoin’s next clear trend unstoppable, with BTC “steamrolling” in one direction with “little to no pullbacks.” 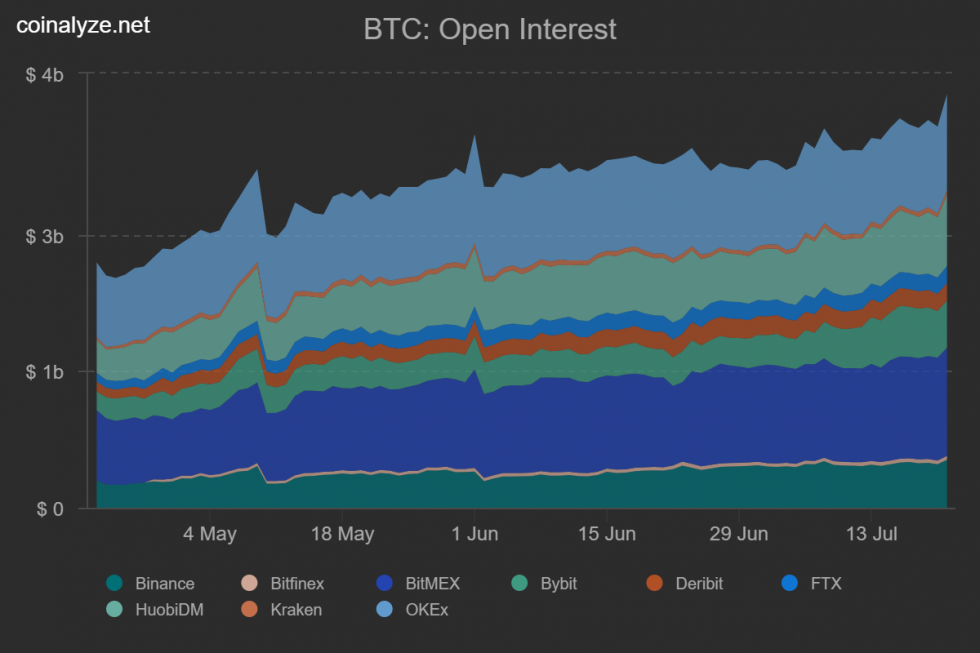 Despite seeing some momentum today, it remains unclear as to when Bitcoin’s multi-month bout of sideways trading will come to an end.

Is the Decentralized Finance Space in a Bubble? What to Consider

Is DeFi a Massive Bubble? Investors Pay a Premium for Innovative Tokens

This Technical Indicator Suggests Bitcoin Has Formed a Local Top

Is DeFi a Massive Bubble? Investors Pay a Premium for Innovative Tokens

After a Week of Bullish News, Crypto Investor Sentiment Index at ‘Extreme Greed’